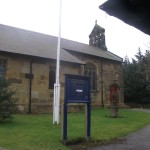 St Mary’s church, formerly a chapel-of-ease was built in 1831 by Thompson and Taylor. The church was restored and extended in between 1889 and 1890 at a cost of £1,200 by architects Smith, Broderick and Lowther of Hull. The work was completed as a result of donations including £200 from the Queen.

The church is built in sandstone on a chamfered plinth with sandstone ashlar dressings and a slate roof. The restoration embraced a number of alterations. The church was to be cruciform in the Early Deccorated style of the fifteenth century, with the addittion of vestries for the vicar and choir on the South side and organ chamber on the North side.

Inside, the chapel and organ chamber are screened by an arcade of two double-chamfered, two-centred arches on one octagonal pier and corbelled responds 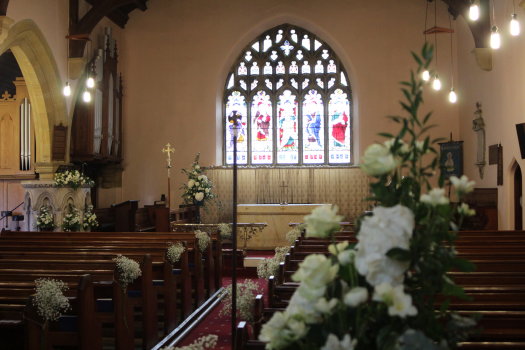 There was no easy access to the back of the church so between 2007-2009 the ‘Sunshine Room’ was created from the old choir vestry which was no longer used. The room has cupboard space, a sink and water heater. A new ramp has been provided for ease of access and a toilet extension has been added.